...As An Imbecile
I love it when certain Hollywood types fly into snits and babble witlessly in public:

So, I suppose the question is...what kind of civil trial will we see, or not see, between Cheney and Whittington? Whittington is certainly no stranger to a court room and to civil litigation. Will Cheney pay him off, preemptively? Will they go to court? I would imagine if a guy with a few beers in him shoots you in the face on a hunting trip, how could you turn down that opportunity?

Let's say there's a civil lawsuit filed...by the Veep against Alec and Arianna for malicious libel. But let's not interrupt Alec while he's busy showing his ass:

Cheney is a terrorist. He terrorizes our enemies abroad and innocent citizens here at home indiscriminately. Who ever thought Harry Whittington would be the answer to America's prayers. Finally, someone who might get that lying, thieving Cheney into a courtroom to answer some direct questions

Okay. So Alec Baldwin (who, I'm ashamed to say, hails from my neck of the woods, along with gerbil-fancier Richard Gere) thinks that a civil lawsuit would somehow lead to Dick Cheney being forced to reveal the sooper sekrit plots of the Vast, Rightwing Conspiracy? Exactly how would that work, Alec?

Alec will just have to get over his disappointment that Harry Whittington didn't die and has been released from the hospital. And that George W. Bush has been elected President. Twice. 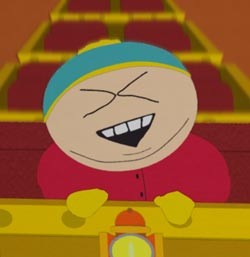 Yes! Yesss!! Oh, let me taste your tears, Alec! Mm, your tears are so yummy and sweet.