The Pentagon has just released to the public documents captured in Operation Iraqi Freedom. They can be accessed here in Adobe Acrobat format.

This one's interesting; the synopsis describes it this way:

The document hasn't been translated into English; many of the documents released are available only in Arabic. This one consists of photocopies of handwritten notes and photos, presumably of the al Qaeda members that Iraqi intelligence had listed as being in Iraq in 2002. Here's a detail from page 6: 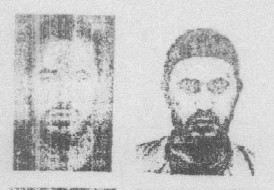 I think the guy on the right looks better in this shot: 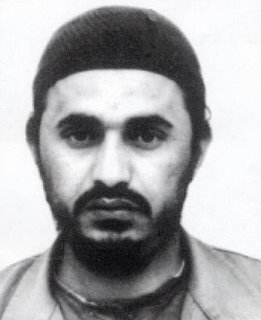 This is a photo of Abu Musab al-Zarqawi.