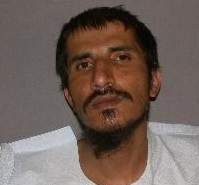 From a CENTCOM press release:

During a raid, Sept 25 in Basrah, ground forces killed Mahmoud Ahmed Mohammed Al-Rashid Faruq. As forces maneuvered to the objective, they received small-arms fire from suspected terrorists. Forces killed an individual wielding a firearm as they reached the objective. After taking photographs and gathering DNA evidence from the individual, ground forces left the suspected terrorist remains at the site. It was later determined through DNA gathered the individual killed was Umar Faruq.