ABC News now has obtained 52 separate instant message exchanges, which former pages say were sent by Foley, using the screen name Maf54, to two different boys under the age of 18.

This message was dated April 2003, at approximately 7 p.m., according to the message time stamp.

But blogger William Kerr of Passionate America says that he has identified the former page, that he is 21 now, and that he was 18 at the time the instant messages were exchanged.

Kerr says that he discovered a copy of the instant messages on ABC's website that did not have the former page's screen name redacted. Using the screen name, Kerr and fellow blogger Ms. Underestimated say they were able to identify Foley's correspondent as 21 year old Jordan Edmund, who was apparently 18 at the time of the instant message session with Foley.

That would make ABC's story of an "underage" page being stalked by a predator a story about two consenting adults exchanging instant messages. Did Brian Ross know this, or did he willfully lie in order to run with the story and "get" the Republicans five weeks before the elections? 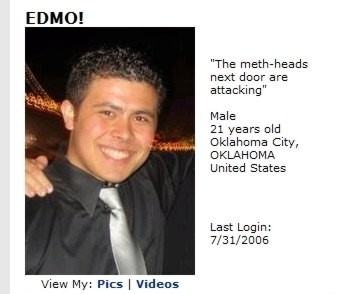