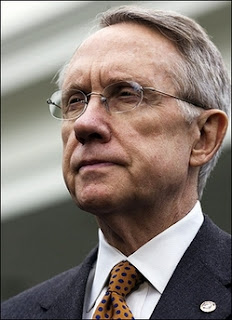 Or just the stupidest man on the planet? You decide.

Harry Reid, doing what he does best, giving aid and comfort to America's enemies:

The war in Iraq "is lost" and a US troop surge is failing to bring peace to the country, the leader of the Democratic majority in the US Congress, Harry Reid, said Thursday.

What Benedict Reid isn't saying, of course, is that, politically, he and his co-conspirators in the Democratic Party need for the war to be lost.