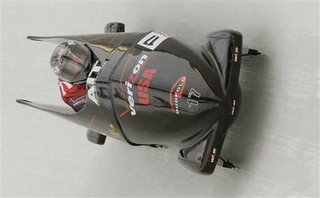 Two-Man Bobsled
The brakeman grabs the sled powerfully, finding his rythmn in the rapid pistoning of his heavily muscled thighs. He insinuates himself into the cockpit and buries his head against the clenched buttocks of the driver. GAY 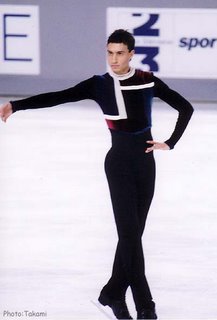 Figure Skating
So gay it makes the stars of Queer Eye for the Straight Guy look like British soccer hooligans. GAY 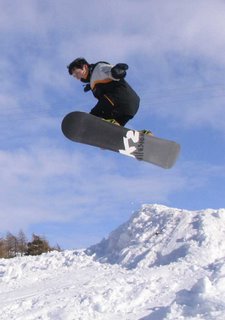 Snowboarding
The emphasis on styling points moves a moderately dangerous sport into the metrosexual category. METROSEXUAL 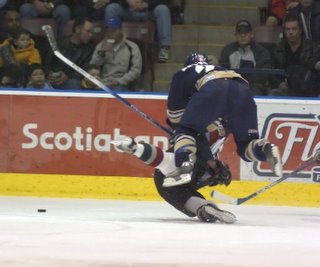 Hockey
As straight as a slapshot to the crotch. STRAIGHT 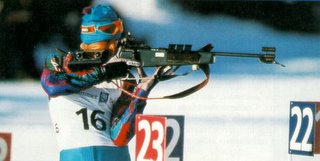 Biathlon
Sort of straight. They could solidify their position by exchanging the pussy little .22s for something with more stopping power - 12 gauge deer slugs would do nicely. METROSEXUAL/STRAIGHT

Also posted at The Jawa Report.