Republican candidate Dede Scozzafava has read the writing on the wall and suspended her campaign to represent New York's 23 Congressional District:

Republican Dede Scozzafava has suspended her bid in next Tuesday’s NY 23 special election, a huge development that dramatically shakes up the race. She did not endorse either of her two opponents -- Conservative party candidate Doug Hoffman or Democrat Bill Owens.

Scozzafava, who did not win her nomination in a primary, but was selected by the local Republican party leadership, was a curious choice for the 23rd, a largely rural northern and central New York State district that doesn't boast the large urban enclaves so necessary for the care and feeding of delicate Progressives.

Scozzafava's action represents a victory for the Tea Party movement and should all but ensure the election of Conservative Party nominee Doug Hoffman.

From the Associated (with terrorists) Press:

The declaration that Obama signed late Friday authorized Health and Human Services Secretary Kathleen Sebelius to bypass federal rules so health officials can respond more quickly to the outbreak, which has killed more than 1,000 people in the United States.

The goal is to remove bureaucratic roadblocks and make it easier for sick people to seek treatment and medical providers to provide it immediately. That could mean fewer hurdles involving Medicare, Medicaid or health privacy regulations.

Could be nothing - sounds reasonable enough, except, why late Friday night when the newsies are tucked all warm in their beds?

I think it's time we stop, children, what's that sound
Everybody look what's going down

100 More NYT 'Journalists' To Be Unemployed

Another hundred Progressive propagandists, er..."newspeople" will be axed by the New York Times, according to the Grey Whore's own blog:

The New York Times plans to eliminate 100 newsroom jobs — about 8 percent of the total — by year’s end, offering buyouts to union and non-union employees, and resorting to layoffs if it cannot get enough people to leave voluntarily, the paper announced on Monday.

Ahh, that's a shame. How can the Taliban and al Qaeda be kept informed of American tactics, strategy, and equipment weaknesses, and who will do the heavy lifting now to move Chairman Obama's agenda forward?

More weight falling on the overworked shoulders of the Washington Post and LA Times staff, not to mention Keith Olbermann and Chris Matthews.

No rest for the weary.

And this tragedy is a repeat from last year, alas:

The program mirrors one carried out in the spring of 2008, when the paper erased 100 positions in its newsroom, though other jobs were created, so the net reduction was smaller. That round of cuts included some layoffs of journalists — about 15 to 20, though The Times would not disclose the actual figure — which was the first time in memory that had happened.

Commenting on the keep-the-Times alive movement, Keller said: "Saving the New York Times now ranks with saving Darfur as a high-minded cause."

Damn, Keller's really got the stuff, eh? What's a few hundred thousand pathetic starvelings next to the profound loss (to the Democratic Party) of an institution like the New York Times? Those Darfur people should be happy, nay, ecstatic, to die in such a noble cause. Anybody can eat, but only a Times newsperson can create, shape, and bend the news to the further enrichment of the common good as envisioned by Progressive thinkers who know better than you. 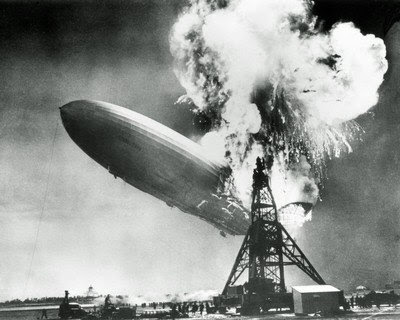 A faked story claiming that the US Chamber of Commerce has changed its position on Global Warming was duly reported by Reuters and CNBC, apparently without alerting any of the layers upon layers of fact-checking editors at either "news" organization:

In a story posted Monday morning, Reuters declared: “The Chamber of Commerce said on Monday it will no longer opposes climate change legislation, but wants the bill to include a carbon tax.”

Reuters updated the story to acknowledge the hoax, but it was too late: The Washington Post and the New York Times had already posted the fake story on their Web sites.

Via Internet Haganah via The Jawa Report, majahden.com has posted pictures of the aftermath of the infamous idiotic failed assassin "ass-bomber." 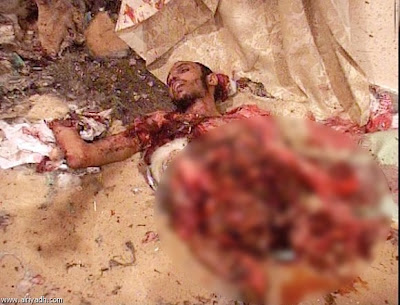 Clue for clueless Weisberg: the O'Reilly Factor is an opinion show. It's sort of like the front page of the New York Times.

Or like a Newsweek "journalist" named "Weisberg" serving as a soldier in the Obama administration's War on Dissent.

I do accept tips ya know.

WASHINGTON -- President Obama yesterday rolled out the red carpet -- and handed out doctors' white coats as well, just so nobody missed his hard-sell health-care message.

In a heavy-handed attempt at reviving support for health-care reform, the White House orchestrated a massive photo op to buttress its claim that front-line physicians support Obama.

The bourgey white trash who control America's media will not show you this picture: This story in the UK's Telegraph adds a new dimension to the General's reported 25 minute meeting with the President aboard Air Force One in Copenhagen.

Apparently, McChrystal was being called on the carpet for being too free with his opinions:

According to sources close to the administration, Gen McChrystal shocked and angered presidential advisers with the bluntness of a speech given in London last week.

The next day he was summoned to an awkward 25-minute face-to-face meeting on board Air Force One on the tarmac in Copenhagen, where the president had arrived to tout Chicago's unsuccessful Olympic bid.

Gen James Jones, the national security adviser, yesterday did little to allay the impression the meeting had been awkward.

Asked if the president had told the general to tone down his remarks, he told CBS: "I wasn't there so I can't answer that question. But it was an opportunity for them to get to know each other a little bit better. I am sure they exchanged direct views."

An adviser to the administration said: "People aren't sure whether McChrystal is being naïve or an upstart. To my mind he doesn't seem ready for this Washington hard-ball and is just speaking his mind too plainly."

McChrystal would have to be an idiot not to know that generals don't cross Presidents. The legendary Five-Star General Douglas Macarthur was cashiered by President Truman for too bluntly speaking his mind about Korea and Red China.

Since McChrystal isn't an idiot, it follows that the situation in Afghanistan is every bit as dire as the general has said, and he is willing to take extraordinary risks with his career to protect his troops.

A photograph of the Iranian president holding up his identity card during elections in March 2008 clearly shows his family has Jewish roots.

A close-up of the document reveals he was previously known as Sabourjian – a Jewish name meaning cloth weaver.

The short note scrawled on the card suggests his family changed its name to Ahmadinejad when they converted to embrace Islam after his birth.

Is She Retarded Retarded?

Intellectual giantess Whoopi Goldberg explains why giving a thirteen year old girl drugs and alcohol before boning her is not "rape rape."