Hardline Islamist fundamentalist radicals are quietly infiltrating political parties in the United Kingdom with the aim of transforming British society and implementing sharia law. From the Telegraph:

The Islamic Forum of Europe (IFE) — which believes in jihad and sharia law, and wants to turn Britain and Europe into an Islamic state — has placed sympathisers in elected office and claims, correctly, to be able to achieve “mass mobilisation” of voters.

Speaking to The Sunday Telegraph, Jim Fitzpatrick, the Environment Minister, said the IFE had become, in effect, a secret party within Labour and other political parties.

The IFE has been sucking up UK government funds:

We have established that the group and its allies were awarded more than £10 million of taxpayers’ money, much of it from government funds designed to “prevent violent extremism”.
IFE leaders were recorded expressing opposition to democracy, support for sharia law or mocking black people. The IFE organised meetings with extremists, including Taliban allies, a man named by the US government as an “unindicted co-conspirator” in the 1993 World Trade Center bombing, and a man under investigation by the FBI for his links to the September 11 attacks.

And anti-Iraq war lunatic George Galloway has been exposed as an Islamist shill:

George Galloway, a London MP, admitted in recordings obtained by this newspaper that his surprise victory in the 2005 election owed more to the IFE “than it would be wise – for them – for me to say, adding that they played a “decisive role” in his triumph at the polls.

An honorable man would resign rather than continue on as a Quisling. 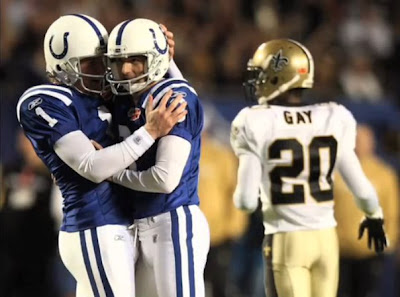 NBC - a young American skier is in tears after a poor run fails to bring her into medal contention. Dreams of Olympic glory and endorsement riches fade...[click]

History Channel - young Americans over Berlin in a daring daylight bombing raid are swarmed by the Luftwaffe. The men in the bombers were deliberately used as bait to draw out German fighters so that the new American long-range fighters can destroy them.

Utah, Currently the Sanest State in the Union

Suzanne Goldberg of the Guardian has a cow reporting on the incredible effrontery of the Utah legislature's acknowledgement of what anyone with a functioning brain now knows:

Carbon dioxide is "essentially harmless" to human beings and good for plants. So now will you stop worrying about global warming?

Utah's House of Representatives apparently has at least. Officially the most Republican state in America, its political masters have adopted a resolution condemning "climate alarmists", and disputing any scientific basis for global warming.

On a personal note, yours truly will be leaving today for Mardi Gras, where Mann-made global warming will ensure a toasty 45 or 50 degrees next week in the Crescent City.

His most lasting legacy: the persecution of the Haditha Marines.

MSM Preparing to Treat NY Guv Paterson Like a Republican

Desperate to keep wildly unpopular New York governor David Paterson from running for re-election, elements of the Democrat Puppet Media appear to be ready to smear the hapless politico as if he were a Republican:

New York, United States - It is being reported that New York Governor David Paterson will resign on Monday after the New York Times will publish a “bombshell” article on the same day, according to New York Magazine. The piece would reveal a scandal for the governor and force him to submit his resignation; however, it is unknown what the scandal could be.

What could be so juicy as to force an immediate resignation? Does it involve a riding crop, a sequined thong, red stiletto heels, peanut butter, and a saucy young sheep named Adelaide?

Until the Gray Lady's water breaks, we can only speculate.

Research 2000, which conducted this caricature poll to help DailyKos' Marcos Moulitsas sell books smearing Republicans as "American Taliban" bills itself as "non-partisan," yet, oddly, features a post by Moulitsas on its website.

Perhaps Research 2000 uses the progressive definition of "non-partisan." Or perhaps they are the Walrus.

On the other hand, Research 2000 founder and president, Delair Ali, seems to be quite partisan indeed:

Still, Boehner doesn’t even pretend to acknowledge their existence. In his bubble world, the only people who matter are corporate lobbyists, Rush Limbaugh, and teabaggers. Now that willful blindness might be popular among his constituents (they approve of his efforts to kill health care reform by a 52-31 margin), but it doesn’t put him or his party any nearer to the American mainstream.

In fact, Ali's leftwing rage seems to be why Moulitsas finds him such an attractive pollster:

I was poking around the website of Research 2000, the pollster that conducts polls for many organizations, including, of course, The Daily Kos.

What I saw on the front page of the website amazed me. This was posted by the Research 2000 founder and president, Delair Ali.

ENOUGH, LIMBAUGH HAS TO GO!

Let me make it clear that I will continue to be the same non partisan pollster as I have been for over the past 20 years when it comes to the quality of my work. If that is not good enough for our clients or prospective clients, then to hell with all of you, particularly if you feel that way after you read the list. In fact, I hope my media clients will go after this cowardly slob and take him down once and for all...

Visit the link. Ali's rant makes interesting reading for someone claiming non-partisanship (and sanity). Among other things, "There is no such thing as a liberal media bias," according to this "unbiased" pollster who apparently hates conservatives, Republicans, and Rush Limbaugh; not necessarily in that order.

When the UK's uber leftwing birdcage liner the Guardian piles on, it's a pretty sure bet the jig is up:

Phil Jones, the beleaguered British climate scientist at the centre of the leaked emails controversy, is facing fresh claims that he sought to hide problems in key temperature data on which some of his work was based.

A Guardian investigation of thousands of emails and documents apparently hacked from the University of East Anglia's climatic research unit has found evidence that a series of measurements from Chinese weather stations were seriously flawed and that documents relating to them could not be produced.

The scale and audacity of this Anthropogenic Global Warming fraud is breathtaking; almost as breathtaking as the US President possibly throwing in the towel on Crap and Tax.