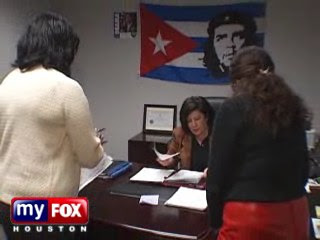 The Lone Star Times has identified her as Maria Isabel. And, contrary to what angry Obama supporters have said about her being just a temp hired to set up the office, Maria is a precinct captain for Comrade Barack. 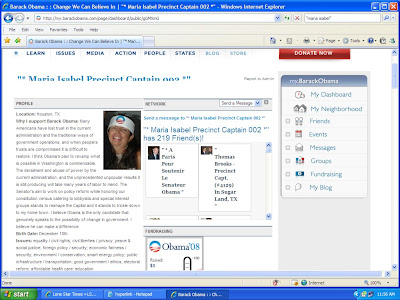 Thanks to Howie of The Jawa Report.