American jihadi terrorist wannabe Samir Khan, who posts anti-American pro-Islamist propaganda from the basement of his parent's house in Charlotte, NC, threatens* Danish cartoonists with the fate of Theo Van Gogh, who was murdered by a Muslim in Amsterdam for making the movie "Submission":

All we can say to the cartoonists is: you fools seem to forget the end of Theo Van Gogh (may Allah’s curse be upon him) and forget to realize that even many of the Danish citizens who are Muslims will not tolerate it because they know the story of Ka’b bin Al-Ashraf and what the Companions of Prophet Muhammad (sallallahu ‘alayhi wassallam) did to him and they know that their Religion allows such a thing.

The more these cartoonists act in defiance of Allah and His Messenger, the more they attract a culture of Mujaahideen. Bush didn’t seem to learn from that nor do these low-life cartoonists. So keep showing your chest O Enemies of Allah! You are helping the process of waking up our nation as violent lions who tear apart their enemies with their bare hands.

* - This link is through Anonymouse so that Samir can't track your IP address.

Read Dr. Rusty Shackleford's post at The Jawa Report for an explanation of the "Ka’b bin Al-Ashraf" reference.

Sammy, the Mo's below are just for you. 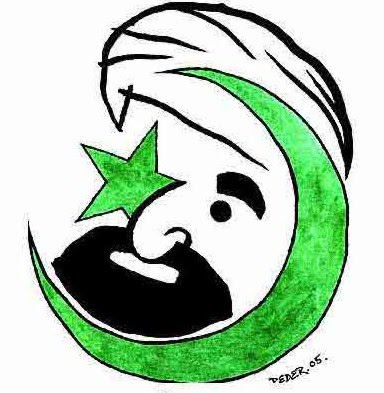 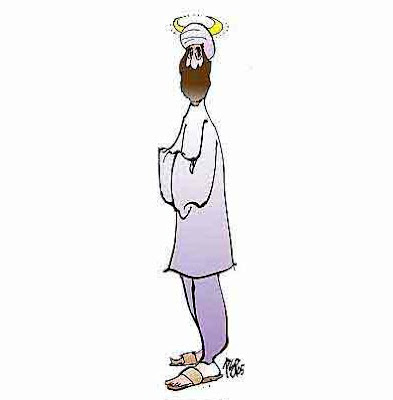